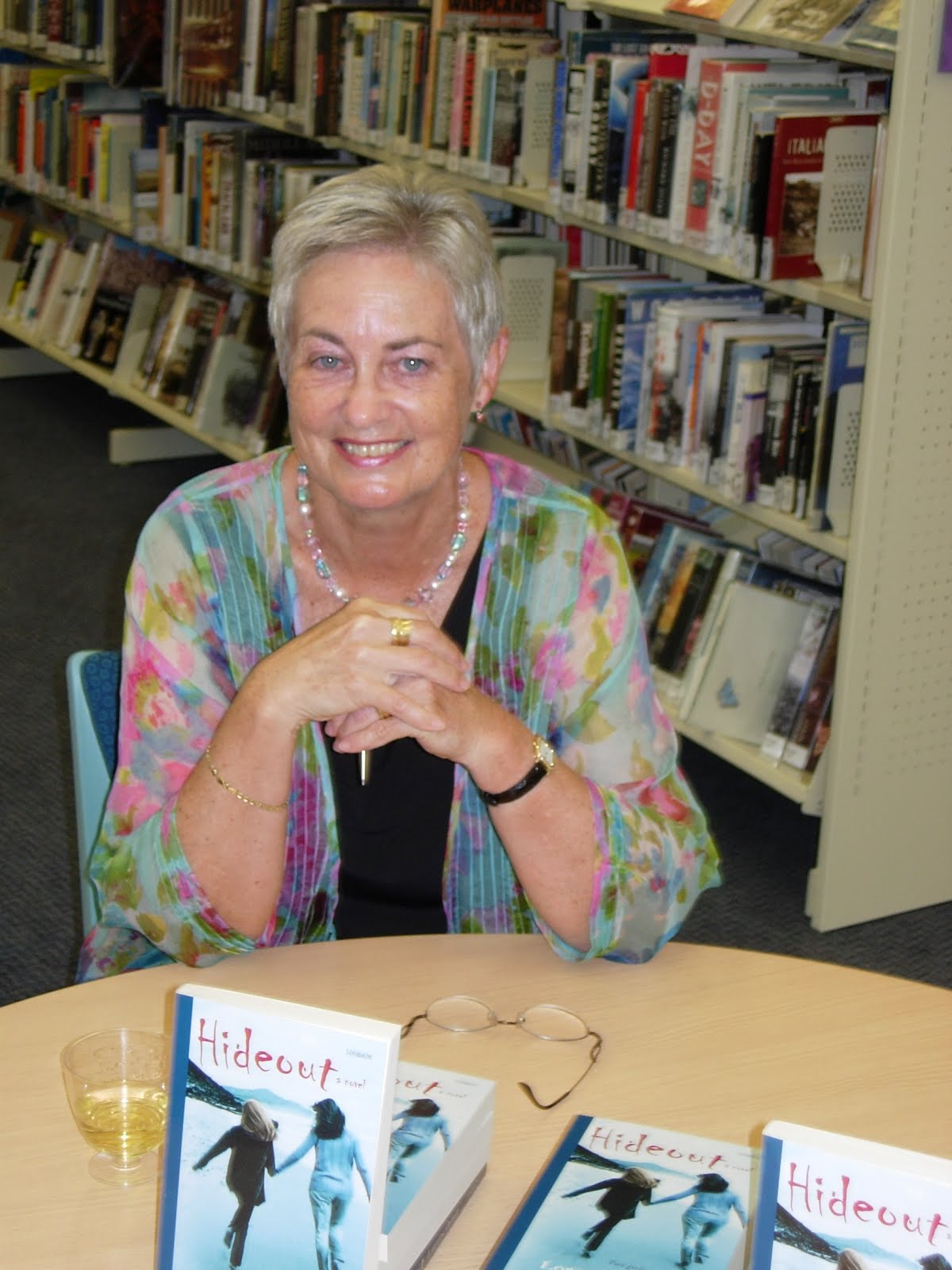 Lorraine Orman had her first short story for children accepted by the School Journal
in 1982 - and she was hooked! Telling stories to children became an obsession. Over the next decade six more stories were published in the School Journal, as well as stories for adults and children in anthologies and magazines. During this time Lorraine was also working full time as a librarian. When she retired from library work she decided to put all her effort into writing novels for young readers.Luck was with her - in 2000 she was granted a mentorship with the NZ Society of Authors and chose Tessa Duder as her mentor. They worked on the draft of a YA novel which was eventually published in 2004 by Longacre Press as Cross Tides.This won the NZ Post Children’s Awards Best First Book Award the following year. Lorraine went on to publish nine more novels for children and young adults (see bibliography below), as well as many more short stories. Her most recent YA novel Touchstone was published as an e-book in 2013 (available from major online bookshops, as well as through Wheelers’ ePlatform). For more information about Lorraine’s books (along with related classroom activities and downloadable short stories) visit her website Story-Go-Round.Lorraine would love to have a picture book published, so she currently spends her time working on picture book texts and short stories. She also reviews children’s books for Magpies and the blog KidsBooksNZ. She has been a judge for the NZ Post Awards, the LIANZA Awards, the Tessa Duder Award, and the Tom Fitzgibbon Award. She has also conducted numerous courses and seminars on writing for children.Lorraine lives in Warkworth, north of Auckland, where she enjoys the semi-rural environment with its beaches and vineyards. She has five young grandchildren and her favourite activity is reading picture books with them.

1) Work hardest on the beginning of your story. To hook your reader, it must be exciting or interesting or funny or challenging - or any combination of these.

2) Concentrate on using strong nouns and verbs; use fewer adverbs and adjectives. That will make your writing more powerful.

3) When writing a novel, do written studies of the main characters before you begin writing. You need to know everything about your characters in order to make them believable.

4) A plot outline is a good idea for a longer work. You may end up deviating from your outline in the first draft, but the outline gives you something to come back to.

5) Writing about what you know is a handy tip for beginners - but once you have more confidence you can extend your boundaries by researching and writing on a theme you don’t know much about. But it has to be one that interests you!

A Long Way From Home: The Diary of Lillian Glenmore, Warkworth, 1943 (My Story)

Land of Promise: The Diary of William Donahue, Gravesend to Wellington, 1839-40

Short Stories In The Following Anthologies