Folllowing on from the MAGIC of our sesssion, Otago Literacy Association Writer's Workshop - Port Chalmers school - 30 July 2014 we have begun showcasing one New Zealand author or illustrator each week.

This site on the vln will showcase New Zealand authors.
How can you share these authors and their learning tips with your communities?
Week 1 - Melinda Szymanik - current writer in residence at The University of Otago College of Education/Creative New Zealand Children's Writer in Residence
Week 2 - Maria Gill - children's author and freelance writer, specialising in non-fiction and environmental writing.
Week 3 - Ella West - writes novels for teenagers and plays for adults.

Melinda Szymanik is a New Zealand writer of picture books, short stories and novels for children and young adults.  She also very occasionally writes poetry. Her picture book The Were-Nana won the NZ Post 2009 Children’s Choice Award, was a 2009 CLF Storylines Notable Book and was shortlisted for the 2010 Sakura Medal. Her most recent novel, A Winter’s Day in 1939, is a 2014 CLF Storylines Notable Book, as well as being a finalist for the 2014 NZ Post Book Awards for Children and Young Adults, and the 2014 LIANZA Children’s Book Awards.
Recent books include While You Are Sleeping (also a 2014 CFL Storylines Notable Book), and The Song of Kauri (published 2014 and also in Maori – translated by Ngaere Roberts). Melinda was the University of Otago, College of Education, Creative New Zealand Children’s Writer in Residence for 2014.
When she is not writing Melinda likes reading, baking and keeping up to date with new developments in chocolate, going to the movies, and travelling to fun places with her family. She has three children, a dog, a cat and a husband and lives in Mt Eden with a view of the mountain from her study.
Melinda teaches creative writing workshops for adults and children, blogs regularly on writing and is one of 9 New Zealand writers who participate in an innovative online writing competition for primary and intermediate school aged children (www.fabostory.wordpress.com).
Tips for teaching creative writing
1. What characters do and say is more important then what they wear or the colour of the hair or eyes. Knowing what they are like on the inside makes them more interesting.
2. To help writers edit their stories, have them read their story out loud to themselves. Professional writers do it all the time. It is a good way to find out if your sentences are too long, or if you're missing commas and full stops, and if there are any mistakes.
3. Make sure you say who is speaking if you have dialogue. And the best dialogue tag to use is 'said'. It might seem weird to have 'said' every time (and using something different occasionally is alright) but it really works best for readers.
4. The best way to learn about great writing is to read good books. They are full of the best sentences with good descriptions and correct grammar. The more children read, the greater their chances of writing well.
5. The ending of a story should resolve whatever problem the beginning of the story set up for your character. Make sure the problem at the beginning is something that can be resolved.
Bibliography:
Melinda also has stories in:

Recent books include New Zealand Sports Hall of Fame (August 2014), The Last of Maui’s Dolphins(February 2014), and Running the Country (also a 2014 CFL Storylines Notable Book, and shortlisted for the LIANZA Elsie Locke Award).

Maria’s other interests include organic gardening, reading (of course), dancing (the ballet variety), and organising events with fellow authors. She has two children and a husband, an aging dog, two bickering cats, 20 messy chickens, one noisy rooster, and two friendly sheep.

Maria writes full-time from her lifestyle block in North Auckland. She trained as a Primary Teacher BEd, DipTchg and has a Graduate Diploma in Journalism Studies. She has lectured and tutored at Massey University for their Summer Break ‘Writing for Children’ paper, as well as teaching creative writing workshops for adults and children. Maria writes her own teaching resources to go with her books – available free on her website www.mariagill.co.nz and has written professional teaching resources and educational books for Lift Education, Learning Media, Essential Resources, and Curriculum Concepts. She also reviews New Zealand children’s books: http://kidsbooksnz.blogspot.co.nz

1.       To help students write exciting beginnings - read some great one liners from books you love to them first. For example: ‘The Flytrap Snaps’, ‘Dinosaur Rescue’ series, ‘A Winter’s Day in 1939’
2.       Encourage the students to start with dialogue, or action or a hook that will want the reader to read on.
3.       To help students ‘show don’t tell’ get them to show what the protagonist thinks/says/does (in any order).
4.       Suggest to students they ‘show’ their surroundings while their character is doing an action.
5.       Get the Thesaurus dictionaries out and challenge students to jazz up their verbs! ‘Walk’ and ‘run’ are overused! 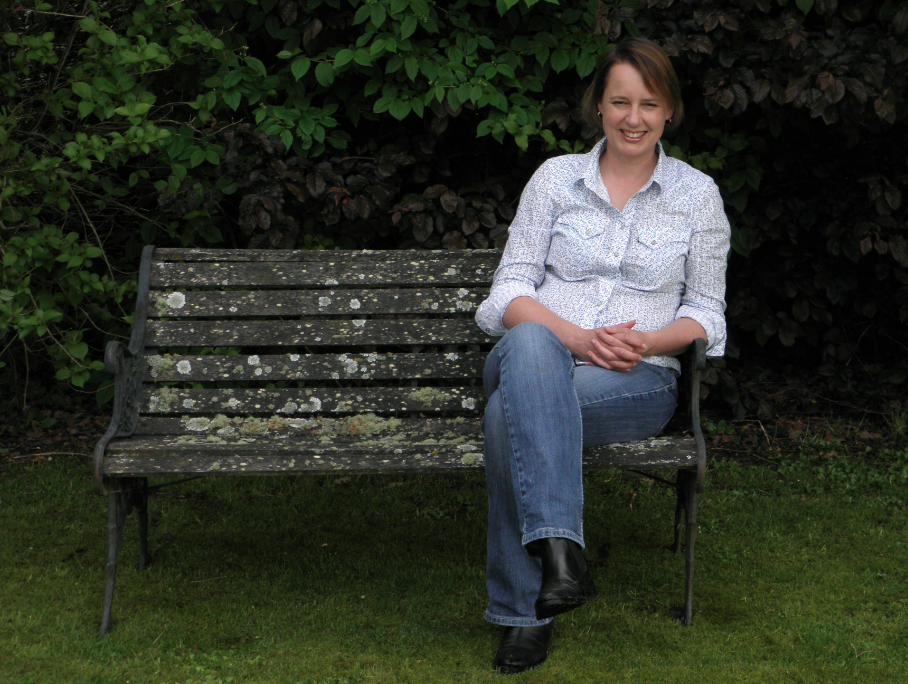 Ella West lives near Dunedin and writes novels for teenagers and plays for adults.  Her first book, Thieves(Longacre Press, 2006), is a thriller that revolves around Nicky, a girl who is taken by a sinister group called The Project. Thieves was a finalist in the 2007 New Zealand Post Book Awards for Children and Young Adults and was listed as a 2007 Storylines Notable Young Adult Fiction Book. Reviewing Thieves for Magpies, Trevor Agnew called it ‘the best teenage science fiction novel I have read this century', while in the Otago Daily Times, award-winning young adult writer Tania Roxborough declared it an ‘action-packed adventure' which she ‘couldn't put down'.

West was awarded the Louis Johnson New Writers’ Bursary in 2006 and in 2010 she was the University of Otago College of Education Creative New Zealand Children’s Writer in Residence.

Anywhere but Here (2008) is the sequel to Thieves. The novel was a finalist in the SFFANZ (Science Fiction and Fantasy Association of New Zealand) Sir Julius Vogel Awards 2009. The third book in the series, Real Life (2009), was intended to be the final book in the trilogy, however, following requests from readers, West is writing a fourth book called Finder Seeker. She is putting up a chapter each month on her blog (www.ellawest.wordpress.com)

In 2014 Night Vision was published by Allen and Unwin. The book is about a girl who lives on a Canterbury sheep farm who witnesses a murder.

Ella West’s Tips for Teaching Creative Writing:
1. Write what you are passionate about, not what you think the market wants – it means you are more likely to finish the story.  And if we all knew what the market wanted then we’d all be rich.
2. Obey the rules.  Readers get very upset when you kill off main characters or finish with a “no hope” ending.  Remember you are writing a story, not real life.  The two are very different.
3. Story has a structure – usually in three acts (beginning, middle, end).  Don’t try to reinvent the wheel and find your own story structure.
4. Read lots, buy lots of books and support your industry – if you don’t you shouldn’t expect anyone else to.
5. Don’t ever forget the advice of the King to the White Rabbit in Alice’s Adventures in Wonderland when writing:Begin at the beginning and go on till you come to the end: then stop.  It works every time.